Sarah Todd has been involved with Amina in a variety of capacities since 2014 and is currently the Chairperson. She holds an MA in Social Science from the University of Glasgow with a focus on public policy. Sarah currently works in the third sector on women’s labour market equality and volunteers across the sector with women and children who are survivors of gender-based violence and/or sexual assault. 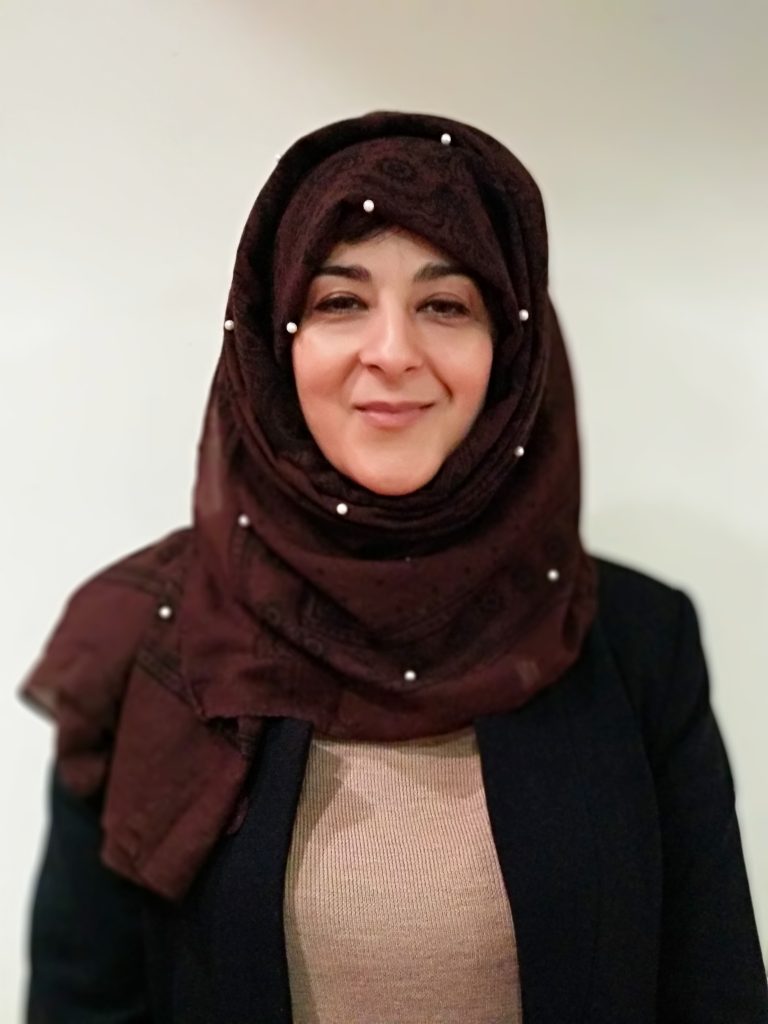 Aziza Khand is a founding member of Amina starting with setting up a steering group and organising a conference to explore the needs of Muslim Women in 1995 to work towards the early stepstowards establishment of Amina from the year 2000.

Aziza has a business degree and post graduate qualifications in Information Management. She has over 20 years of third sector, charity and community engagement experience. She has worked within Local Government as well as developing training strategy and infrastructure within Muslim charities. Nelum joined AMINA at the beginning of this year.  She is an ACCA qualified Accountant.  She is a Corporate Accounting Manager in the hospitality sector.  She has been involved in various charity work since her teenage years.  She was employed by FRAE Fife as a project support worker, where she prepared, published and submitted a report to Fife Council on the needs of BME women while studying at Dundee University.

She has a diploma in Public Service interpreting.  She worked as an interpreter with Fife Interpreting services, Global Languages and with Central Interpreting Unit for many years.

Nelum is also an ACCA panel member for West of Scotland where she helps support students, new members and take part in advocacy work. 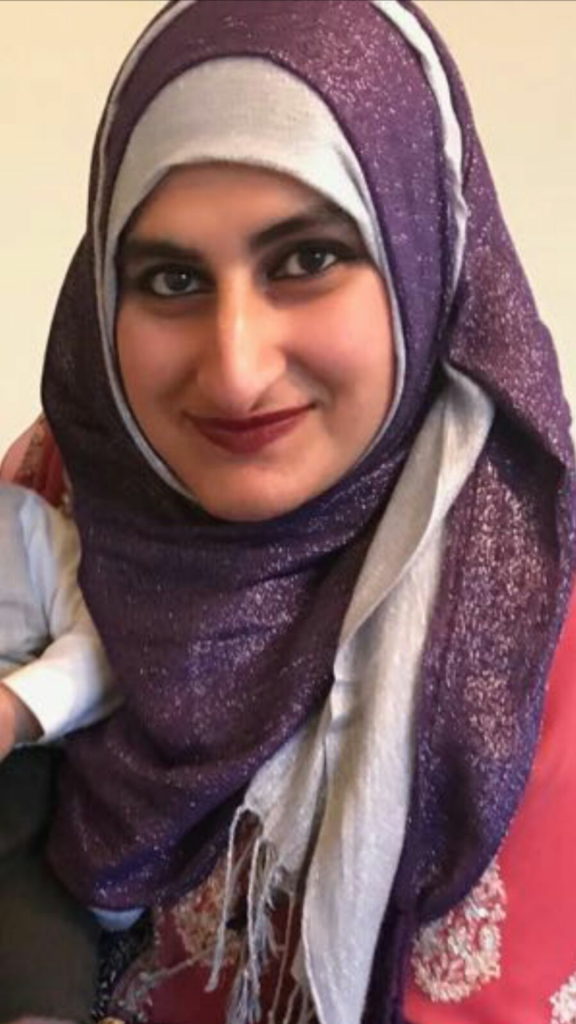 Safeena Rashid
Safeena is one of our Edinburgh based board members. She first became involved with Amina MWRC when she was at university in the capacity of doing sessional work in Edinburgh and Aberdeen. She remembers this time fondly as it gave her the opportunity to work with many different people and organisations.

She stopped working with us a few years ago and then returned as a board member in November 2016. She enjoys being a part of the organisation in this different role because she meets many very inspirational women, attends some interesting events led or backed by Amina MWRC and values the work that we do.

As a day job Safeena practices law and is an advocate in Scotland. She learned to cycle as an adult and bought herself a burkini so she can also learn to swim. She hopes to inspire and encourage other women to also be active. For over 10 years, Angela has worked in the area of women’s rights, domestic abuse and honour-based violence in Scotland. Throughout this time she worked collaboratively with Amina MWRC to ensure that women she supported were receiving the right support and resources through Amina MWRC to help them fulfill their needs and to access their choices.

Angela brings to the Amina Board, knowledge in Honour-Based Violence and related issues, as well as strategic support in the East of Scotland, where her expertise lies, along with  skills in supporting and motivating teams, using her background in counselling, psychotherapy and training. Zerqa is a is a writer (pen name Maryam) who focuses her pieces on the issues that affect the Muslims of today. Her writings have already made a wave of difference to those who know her from her social media presence. Her repertoire of books includes The Rebirth of Love: The Journey to Self-Love, Mr Blue in Rainbow Planet, The Forbidden Relationship and Huda’s Hijab. She is currently working on a non-fiction book about revolutionary Muslim women throughout the ages. She holds a Bachelors in Business Admin and Human Resource Management. She is a passionate activist and she receives a great deal of satisfaction by identifying niches in the market which propels her energy into worthwhile outcomes for her community. Since 2014 Zerqa has used her social media platform as an influencer to spread important and Islamically compliant messages about self-love, abusive relationships and healing, through to spreading empowering quotes to Muslim women across the world and helping them via private messages and emails. She previously worked as a Volunteer Coordinator at AMINA MWRC and is excited to return as a Board Member and looks forward to contributing positively to the work of the organisation.

Jamilah Hassan Adewunmi is a Glasgow-based freelance-journalist and a writer with interest in women, children, community and social issues.  Over the last 8 years, she has served on the board of AMINA-MWRC as a Secretary, Treasurer, and a Policy Sub Committee member.

She holds an MLit in Digital Journalism and Certificates in related fields. In the past, she has worked with BBC Scotland and currently works in a third sector organization.

She has volunteered with Amina MWRC with a keen interest in addressing key issues like gender-based violence and needs of Muslim women across Scotland. She also has affiliations with other community-based organizations and social groups which today has helped her in understanding the need for equality, opportunities, social justice and processes in our community.

Shaneela has over 15 years of experience within the Money Advice sector.  She is currently employed as a Project Manager overseeing the delivery of services in a bid to mitigate poverty, social exclusion and minimise the impact of debt. These services are in partnership with a range of stakeholders in the Third Sector, Housing Associations and the NHS.